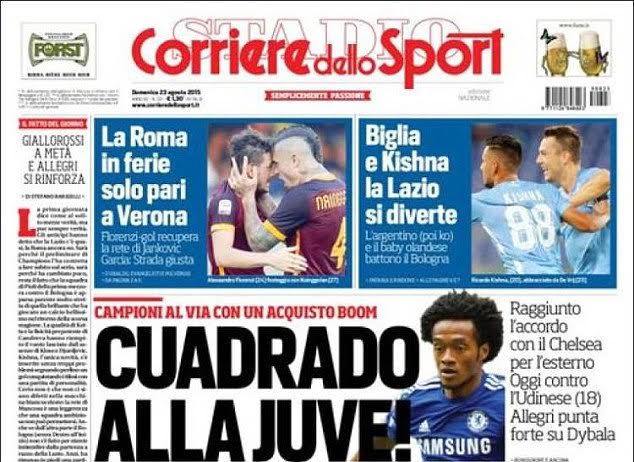 Chelsea winger Juan Cuadrado was welcomed in celebrity fashion as he arrived in Turin ahead of a proposed loan move to Juventus.

The 27-year-old Colombian international has failed to make an impact at Stamford Bridge since arriving from Fiorentina in January, and is now expected to return to Serie A on a season long loan with the Italian Champions.

Here is what Cuadrado had to say after being mobbed by Juventus supporters: “We all know that Juve is a great club, among the best teams in Europe.

“They have everything to win the Scudetto (Serie A). I hope I can give Juventus my best, 100 per cent.

“I didn’t expect to receive such a warm welcome from the fans in Italy but they have always welcomed me with open arms and that makes me very happy.

“The fans’ support will give me further motivation to do well.”