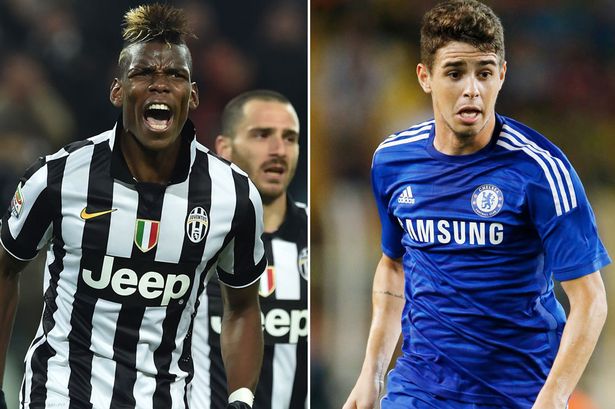 In what will probably be the deal of the summer Chelsea boss Jose Mourinho is willing to sacrifice Brazilian midfielder Oscar in order to bring French international midfield sensation Paul Pogba to Stamford Bridge.

The Portuguese manager is sure that Pogba is set to become the best player in the world, and wants to make that happen while he is playing for Chelsea.

The 22-year-old has been in sensational form for Juventus this season helping them win Serie A title, while also booking them a place in the Champions League final where they will face La Liga champions Barcelona.

Every major European powerhouse including Qatari backed Paris Saint-Germain and Spanish giants Real Madrid want to sign Pogba, but according to Tuttomercatoweb Chelsea is in the driving seat by offering Juventus Oscar, and with Blues owner Roman Abramovich said to be taking a personal interest in this particular transfer the thought of Pogba being at Stamford Bridge is plenty to get Chelsea fans excited about.