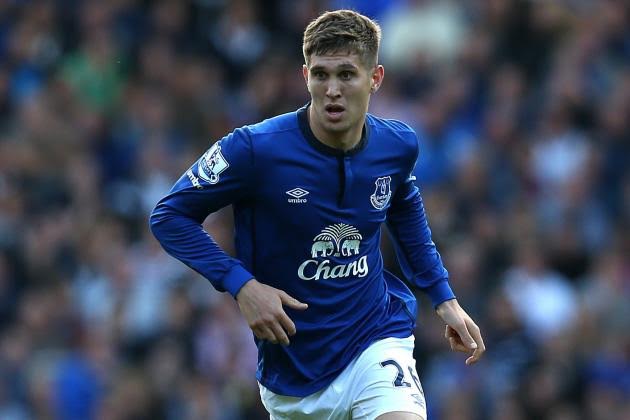 Last summer Chelsea made three attempts to sign Everton centre-back John Stones and appear ready to test the Toffee’s resolve in January with a fourth bid for the young England international.

Any bids this time will come with the added pressure of going up against Catalan giants Barcelona who have had scouts tracking the 21-year-olds progress this season, and if Tuesday night’s performance for England is anything to go by you can expect them to try and better any offer Chelsea puts in for Stone’s signature.

Everton of course do not want to sell, but with the prospect of a bidding war between Chelsea and Barcelona looming may just decide that the time is right to cash out on their prized asset.

Spanish international defender Gerard Pique has also been singing his praise of Stones telling the Daily Telegraph: “Now the position of the centre-back is not just about defending or being nasty or tough.”

“It’s about knowing how to play football, control the ball, pass and be more comfortable in possession.

“And this is something that ten years ago [in England] they didn’t understand. Rio was the first one who did it.

“And now there is Stones, he’s one of the new generation who understand football not just as a defender.”