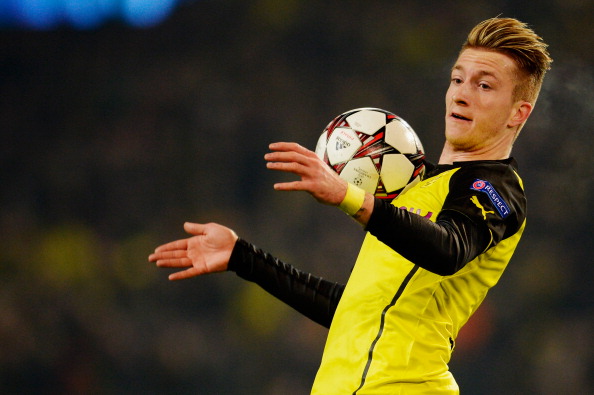 Chelsea have according to the Daily Express now become favourites to sign Borussia Dortmund’s attacking midfielder Marco Reus and are prepared to offer fellow German Andre Schurrle in return to ensure a deal is done.

The 25-year-old has been surrounded by speculation linking him with a move away from the Westphalia club with Manchester United, Liverpool and Arsenal all named as potential destinations.

Borussia Dortmund has a £25 million buyout clause in Reus’s contract, and the Blues think that by offering the German giants Andre Schurrle it will soften the blow.

The former Bayer Leverkusen man, Schurrle has not been given regular playing time at Stamford Bridge this season and looks to be manager Jose Mourinho’s ace-in-the hole to get Reus to move to London.

All this is still at an early stage which means anything can happen including perhaps a bid from Champions League winners Real Madrid.