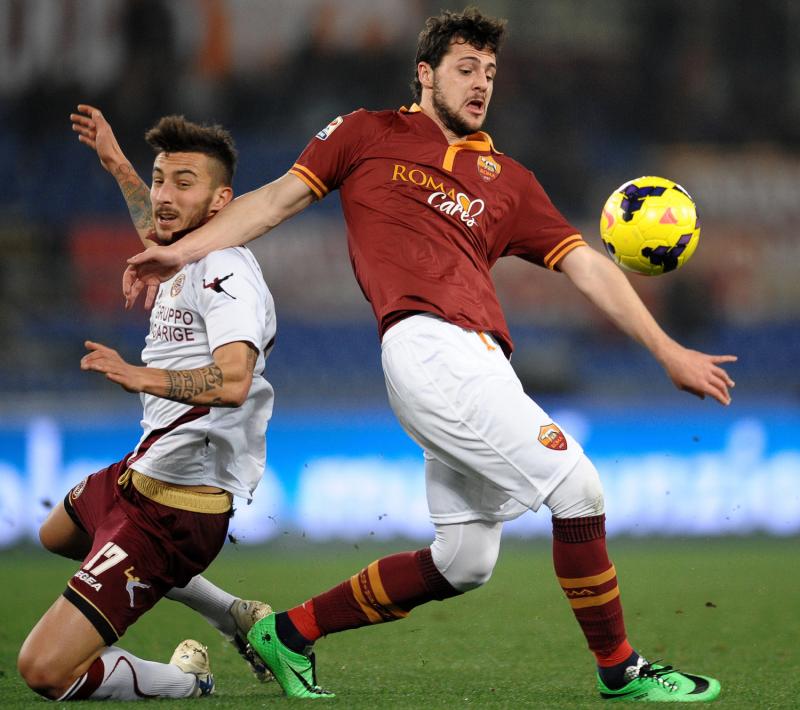 AS Roma forward Mattia Destro has welcomes talk linking him to Arsenal as he considers his future with the Serie A side.

Currently Destro has a decent record scoring 22 goals in 49 appearances for the Italians who sit three-points behind leaders Juventus, yet the front man feels he is not getting enough playing time despite his goal tally.

Despite the lack of playing time the 23-year-old has not ruled out staying in Rome where he has a good relationship with manager Rudi Garcia, but is also pleased that a club as big as Arsenal could be interested in him.

“Arsenal for me? The rumours are good, I’m happy for them. This is the proof that I’m doing my work well,” Destro was quoted as saying in Tuttosport:“There are so many things that I can improve on. I must never stop and continue to learn new things.”

“The coach encourages me a lot, he is teaching me some things, and I try to show my skills on the pitch, as well as the confidence he has in me.”

He added: “Am I a bad character? I want to answer this gossip with goals on the pitch!”