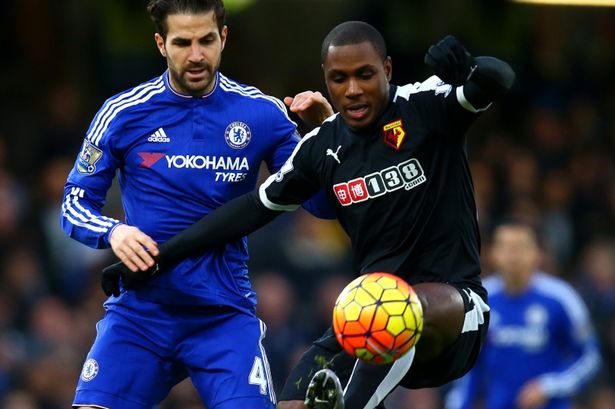 With just under two weeks remaining in the midseason transfer window, Chelsea are already preparing for a major summer shake-up which will see strikers Diego Costa, Loic Remy and Radamel Falcao all leave Stamford Bridge.

Top of their list of players to replace the striker trio is Watford front-man Odion Ighalo, after having seen the 26-year-old score 30 goals in 2015 for the newly promoted side while this campaign he has netted 13 goals in 23 appearances.

Chelsea is not alone in their admiration of the Nigerian international with Manchester United and Arsenal both keeping a close eye on his progress, as well as several top European clubs that include AS Roma and Atletico Madrid.

Meanwhile Watford has rules out the possibility of Ighalo leaving this month, but know they may face an impossible task to keep him come the summer.