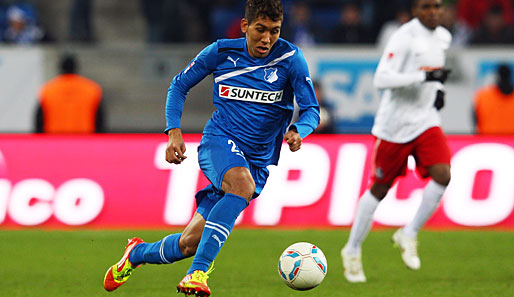 METRO is this morning reporting that Chelsea are plotting a move for Hoffenheim attacking midfielder Roberto Firmino who is expected to cost around £16 million.

Chelsea manager Jose Mourinho is eager to get all of Chelsea’s transfer dealings finished before the World Cup kicks off on June 12th and has already signed Atletico Madrid striker Diego costa for £32 million.

According to reports coming out of Germany Mourinho has been given the green light to sign the 22-year-old Brazilian as he starts to build a more youthful Chelsea team that he hopes will dominate for years.

Firmino was not selected for the Brazil national team despite being the highest scoring Brazilian playing in Europe this season, but is destined to be a star of the future with not only Chelsea but Liverpool and Barcelona said to be keen on him as he can play anywhere up front and has excellent dribbling and agility.