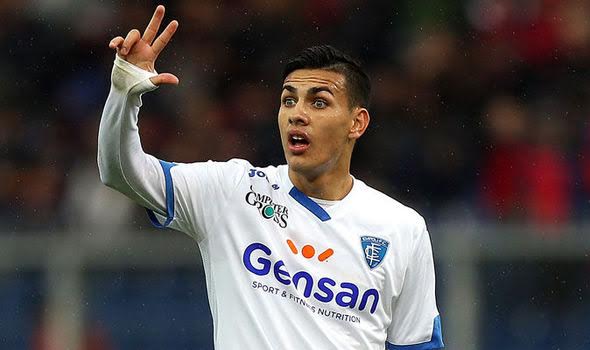 According to the latest new coming out of Italy, Liverpool have their sights firmly set on AS Roma attacking midfielder Leandro Paredes.

The Serie A club need to sell players in order to help balance the books, and are widely expected to offload Paredes, along with Antonio Sanabria and Umar Sadiq.

Club sporting director Walter Sabatini is most likely to leave the eternal city at the end of the season and has been given the task of sorting out the clubs financial situation before he leaves for pastures new.

Paredes is currently out on a season long loan with Empoli, and is reportedly going to be shown the door by Roma at the end of this term.

It would appear as if the Argentinean has done enough to spark Liverpool’s interest, while making 26 league starts during which time he has scored two goals.

Other Roma players out on loan this season Juan Iturbe, Seydou Doumbia and Adem Ljajic will according to the report also be offered up for sale.