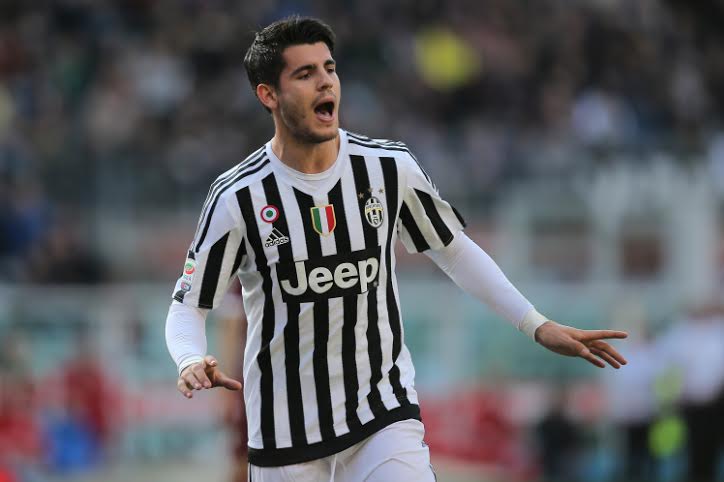 According to the latest transfer rumours coming out of Spain today, Arsenal have been told by Real Madrid that they are willing to offload Juventus striker Alvaro Morata this summer, but it will cost the Gunners a pretty penny.

The 23-year-old Spanish international has put in some impressive performances since moving to the Italian champions in the summer of 2014, but with changes planned for the summer, Alvaro could find himself surplus to requirements in Turin.

When Real Madrid sold Alvaro to Juventus they inserted a clause in the deal which allows them to buy the player back for a fee dependent on the number of appearances he makes for the Italian giants.

Spanish football newspaper AS say Los Blancos want to buy the striker back for £23.5million before selling him on to Arsenal for £39.5m, making them a very healthy profit.

Arsenal have certainly been linked with Morata in the past, so it remains to be seen if Wenger is ready to meet Real Madrid’s expectations for a player who has scored ten goals in Italy’s top flight this season.