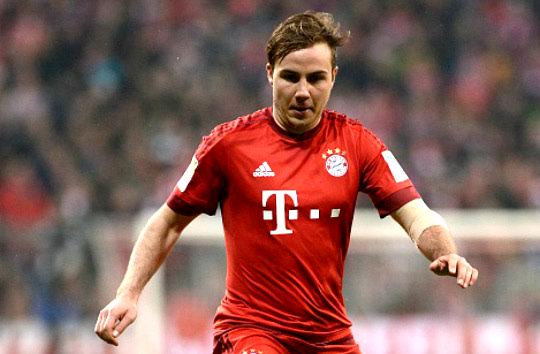 According to Bundesliga insider Jan Aage Fjortoft, Bayern Munich midfielder Mario Gotze is ready to end his Bavarian frustration by joining his former manager Jürgen Klopp at Liverpool this summer.

Gotze due to his personal relationship with his former Borussia Dortmund boss is considered to be Liverpool’s top summer transfer target after the 23-year-old confirmed recently that he had been in touch with Klopp in recent weeks.

Since moving from Dortmund to Bayern Munich for 37€ million in 2013, the second largest ever transfer fee for a German after Arsenal’s Mesut Ozil, Gotze has become a fringe player in trainer Pep Guardiola’s team.

Fjortoft for his part has broken a number of exclusive transfer posts on his Twitter account and has earned a reputation as being a reliable transfer insider.

Klopp is Götze’s “father” – Hey son! I will make you great and happy again. Join me at Anfield.