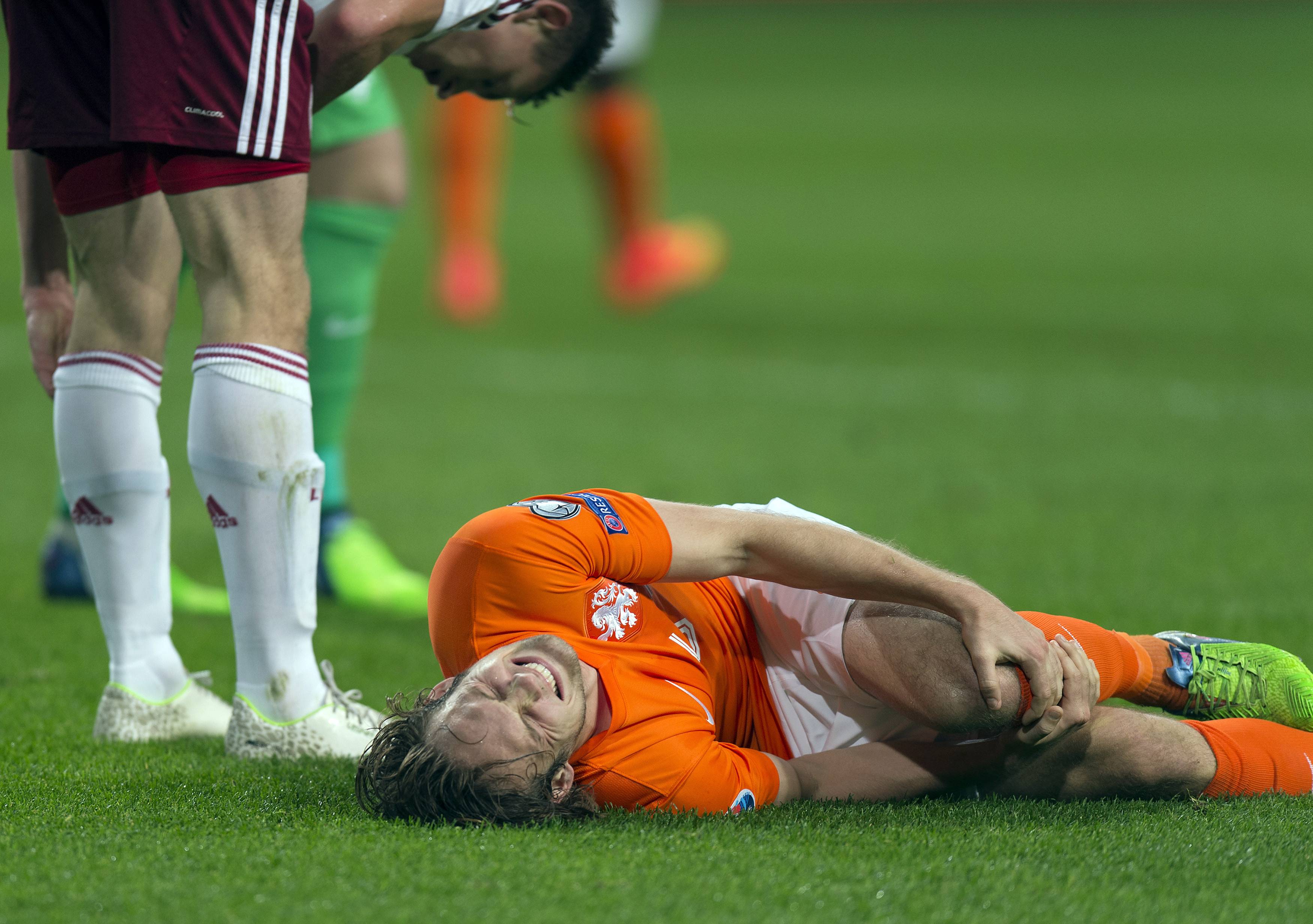 It would appear as if Manchester United has suffered another injury blow after Dutch international midfielder Daley Blind appears to have suffered ligament damage to a knee during the Netherlands Euro 2016 qualifier with Latvia Sunday evening in Amsterdam.

The United midfielder limped off the pitch after 20 minutes following a tackle from Ruch Chorzow striker Eduards Visnakovs.

Following the match in which the Oranje won 6-0 Holland coach Guus Hiddink confirmed to talkSPORT that Blind could now be facing up to six weeks out:

“It is his medial ligament. It could be a strain but also be a tear, so that is a big blow.”

Blind joined United from Ajax in the summer for £14 million and has been used by van Gaal as a stand in central defender for the injured Phil Jones and Marcos Rojo, meaning that the United boss must now rethink his team ahead of Saturdays match in London where the Red Devils take on 6th place Arsenal.