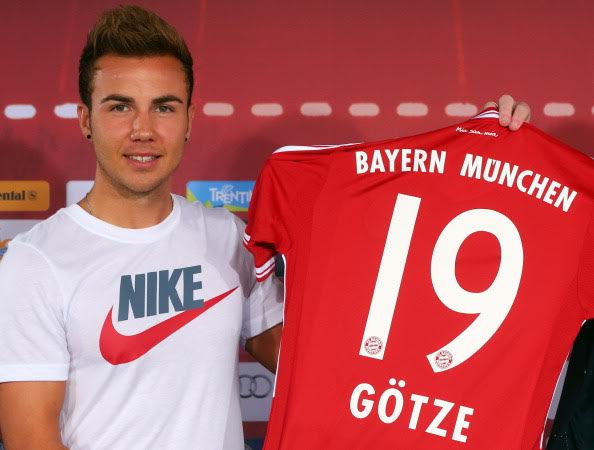 In what could be mega news for Liverpool fans Bayern Munich forward Mario Gotze has invited an approach from Liverpool – saying he is ‘open’ to a move to Merseyside.

Ever since Jürgen Klopp took over from Brendan Rodgers at Anfield the 48-year-old trainer was being linked with several of his former players including Gotze who disappointed Klopp by announcing he was joining Bayern Munich shortly before Borussia Dortmund was due to take on the Bavarians at Wembley in the 2013 Champions League final.

While speaking at Bayern’s winter training camp in Qatar the 23-year-old poured cold water on a possible January move but, invited his former boss to contact him.

“I can rule out a move to Liverpool this winter,” said Gotze. “I don’t know where the rumours about Klopp and me are coming from.

“I have not heard anything. You should ask Klopp if he wants me at Liverpool. If he wants me, he should approach me.

“I have six nice months ahead of me. It is always annoying when you cannot play and cannot help the team.

“It is only normal that you think about things like that. But you have to look at the positives and build on those.”