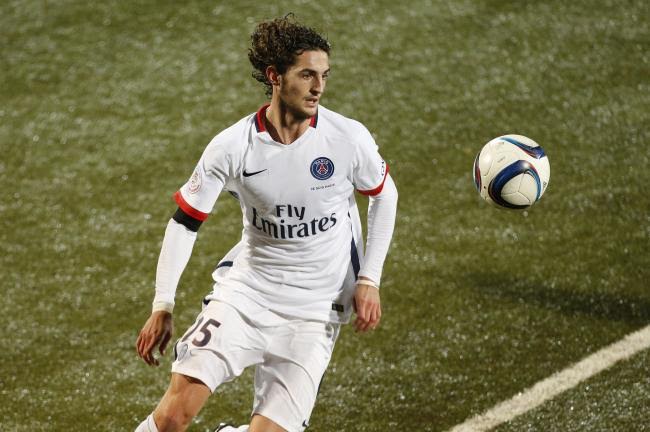 The Daily Star on Sunday is running what they call an exclusive today linking both Borussia Monchengladbach star Granit Xhaka and Paris Saint-Germain rebel Adrien Rabiot with a move to the Emirates.

Swiss international Xhaka will reportedly cost a whopping £37million, and with a host of other Premier League sides after the 23-year-old, it may be that Wenger will have to let him go and focus on Rabiot, who they can probably sign for around £15 million.

And it is not just the price difference in the two players that needs to be looked at with the young Frenchman appearing to be a more natural fit in Arsene Wenger’s team.

Rabiot is represented by his mother Veronique, who travelled to London yesterday to discuss the possibility of her son signing for Arsenal after having become disillusioned with the amount of playing time he is getting in Paris ahead of next summer’s European Championships.

If Wenger can sweet-talk the 20-year-olds mum into letting her son join Arsenal it certainly looks like a savvy piece of business by the 66-year-old and will go a long way in helping the Gunners win their first League title since 2004.