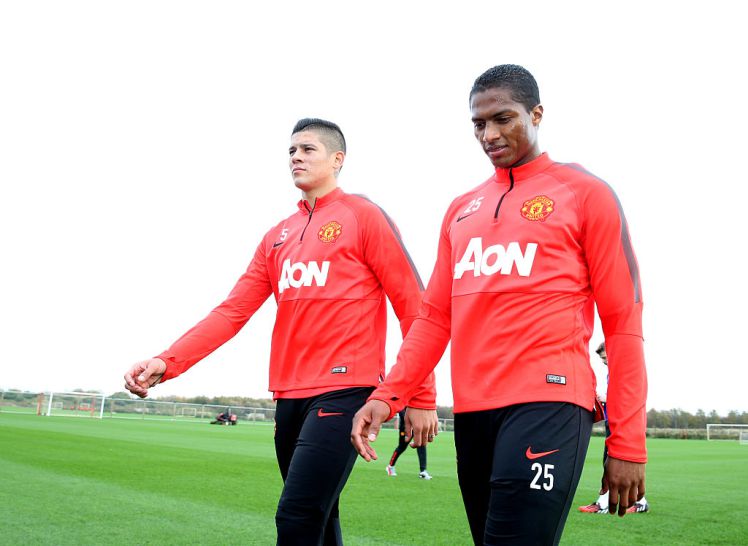 Manchester United manager Louis van Gaal has had to make do with a patchwork team following the loss of 13 players to injury as they get ready for Thursday’s Europa League second-leg tie against FC Midtjylland at Old Trafford.

The Dutchman has received some good news though with Marcos Rojo and Antonio Valencia both having returned to training following lengthy injuries.

Ecuadorian, Valencia has been missing since injuring his foot back in Octobers 0-0 match with Manchester City and was not expected to return until next month, with Argentinean defender Rojo still believed to be two weeks away.

Both players took part in training today, but there was also some bad news as the team for Thursday’s clash with the Danes with both Chris Smalling and David De Gea absent from today’s preparations.

Despite having to come back from a 2-1 loss in the first-leg, even with the current injury crisis at Old Trafford, the Red Devils should make easy work of FC Midtjylland and progress to the next round of the competition.