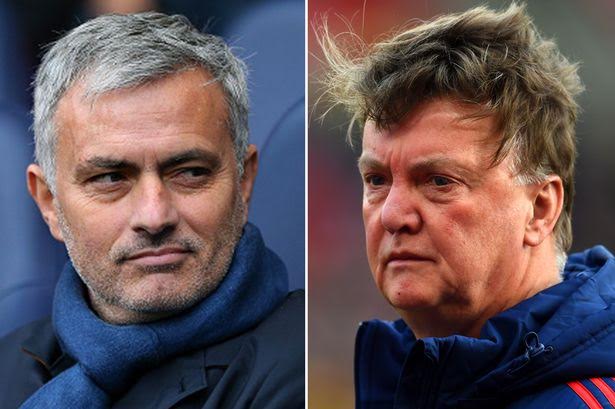 It would appear as though Manchester United manager Louis van Gaal does not have to worry about leaving Old Trafford anytime soon, with the Daily Mirror running a story today claiming that Jose Mourinho has refused to take over the club mid-season.

Earlier this month the Mirror revealed that Mourinho has been offered a three year deal with wages of £15 million per-season to take over at the Theatre of Dreams once the club parts company with current manager Louis van Gaal.

The paper also claims that they will pay the former Chelsea boss a bonus of £4 should he lead the team to the Premier League title.

Currently Louis van Gaal is under pressure from the fans for the boring possession based game he has been trying to instil in the team and also from the board after being knocked out of the Champions League.

Add to this the fact that the team has won just six of their last 19 matches in all competitions and it’s hard to wonder why the Dutchman still has a job.

The reason is probably two fold, with United executive vice chairman Ed Woodward having made promises to van Gaal and now he new that Mourinho has refused to step in midstream.

Meanwhile United still have an outside chance of finishing in the top four, are still involved in the FA Cup, and could qualify for the Champions League if they can win the Europa Cup.

So while it is not all gloom and doom at Old Trafford it would appear as though the die has been cast, and that we can expect to see the “Special One” in the Northwest come June.