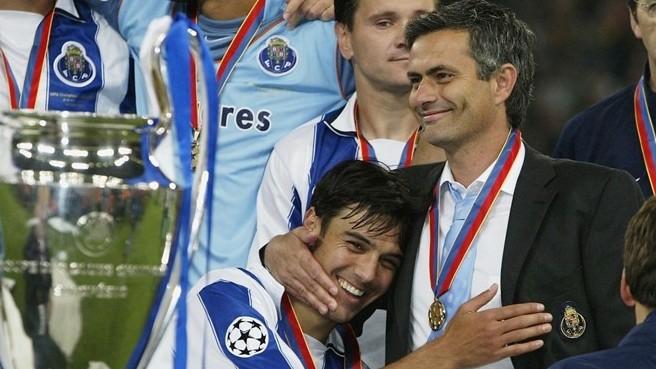 It would appear as if the biggest kept secret is in fact public knowledge and that is that former Chelsea, Real Madrid, Inter Milan and Porto manager Jose Mourinho is going to take over from embattled Louis van Gaal at Manchester United.

The only question now is when the hand over will take place with reports today suggesting the “Special One” does not want to take over the club midstream and that he will wait until the end of the season before taking the reins.

You know the saying “be careful what you wish for,” as it may turn out not to be what you wanted?

Well in this case we have to agree that from what we have seen of Mourinho’s past teams, with the term “parking the bus” often used to describe the Portuguese managers tactics of winning at all costs.

One person who does not agree with us however is former Porto midfielder Deco, who claims that Mourinho will bring back that winning mentality to his new team.

‘I think he will change them a lot,’ Deco, the ex-Chelsea star, told Squawka.

‘United need to be back at a high level and Mourinho is the man to do that.

‘He will bring their confidence again, for the players, for the fans, for the people. You cannot win something without it.’