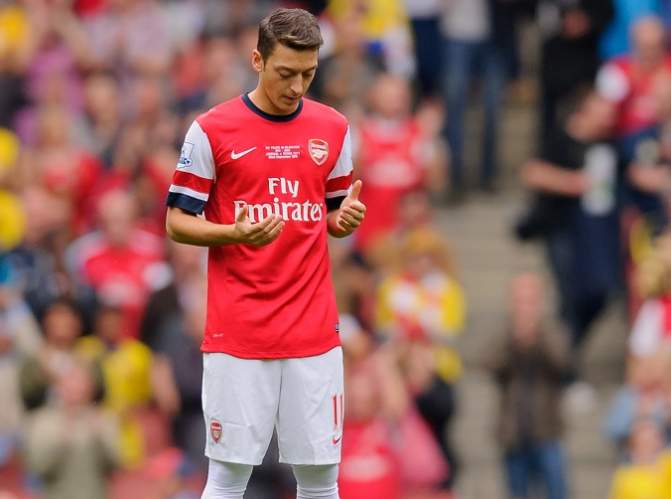 Talk Sport is this morning saying that reports coming out of Spain suggest that Barcelona is preparing an offer for Arsenal’s Mesut Özil.

The German international has not had the greatest of starts in England seeming to tire halfway through the season playing in a league that does not have a winter break like most other European countries.

Barcelona TV are saying that the Catalan giants will offer Arsenal £30 million for the 25-year-old German which is £12.5 million less than the club record fee the Gunners paid to Real Madrid when they signed him on the final day of the transfer window last summer.

“He was close to joining them in 2011. Özil is a very serious target for Barcelona and they will make a move.

“They’re talking about a figure of £30million, although I can’t quite believe Arsenal would even consider.”

The signing of Özil would allow Barcelona to allow Cesc Fabregas to leave after being once again being the interest of Manchester United.