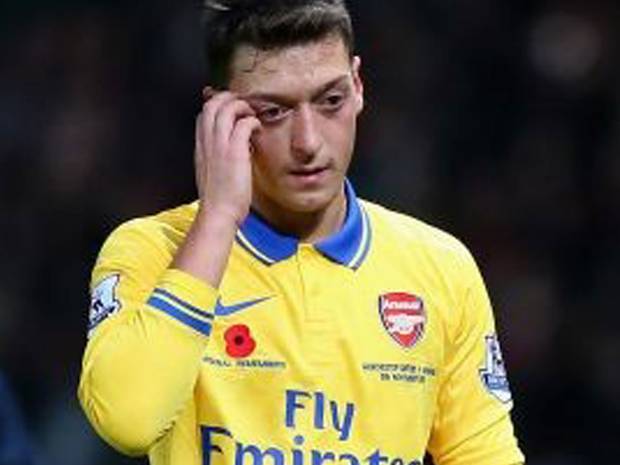 Mesut Özil’s Arsenal teammate and fellow German international Per Mertesacker says that Özil must become far more consistent in his performance next season.

The 25-year-old returned to the action on Sunday and took part in the comfortable 0-3 win against Hull City, yet the £42.5 million signing has yet to live up to his big price tag.

“It’s very important to understand how the differences are between the leagues,” Mertesacker told Arsenal’s official website of Germany colleague Özil.

“I think he came from La Liga and it’s quite different to play there.

“He has adapted well but there is more to come from him, and I think the second season will be much better from him, because he’s a fantastic player.

“He has shown some great skills but he needs to be more consistent, and that’s what makes the difference at the end.”

Mertesacker thinks that Özil will use the negative criticism in a positive way and use it to his advantage as he adapts to the English game.

“Sometimes it’s good to get criticism, to get the negative points,” he said.

“I think if you realise quick what it needs, if you are intelligent enough, and he’s an intelligent footballer, and I think he will sort that problem out.

“It’s similar to myself, when I got my injury in the second part of the season, and afterwards I came back even stronger: because then I realised what is at stake.

“And I think for him it’s good to get a little rest now, to be ready maybe for the last few games for us, the World Cup, and then another season.

“With a pre-season ahead of him, there’s more to come from him.”