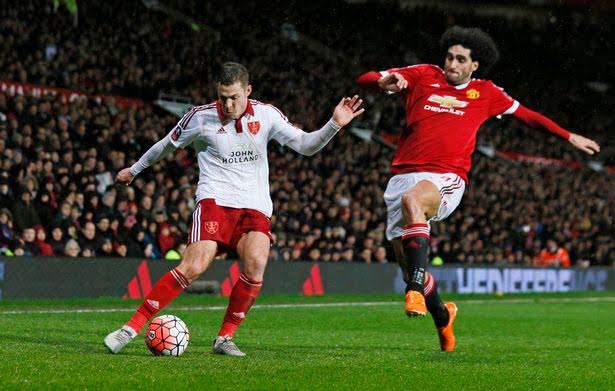 The Sunday Mirror is this morning reporting that Manchester United has slapped a £24 million price take on Belgium international midfielder Marouane Fellaini following an approach by Serie A giants AC Milan.

The 28-year-old bruiser has not managed to establish himself as a starter in Louis van Gaal’s team, and with the European Champions ships due to take place in France next summer Fellaini feels that his lack of playing time at Old Trafford could affect Belgium trainer Marc Wilmots decision as to whether or not he is included in a very competitive squad.

AC Milan is believed to have spoken with United over a possible loan move. But reports out of Old Trafford suggest Fellaini will only leave the club if sold, and that United is looking to get back the best part of the £27.5 million David Moyes paid to Everton for him during his ill-fated time in charge.