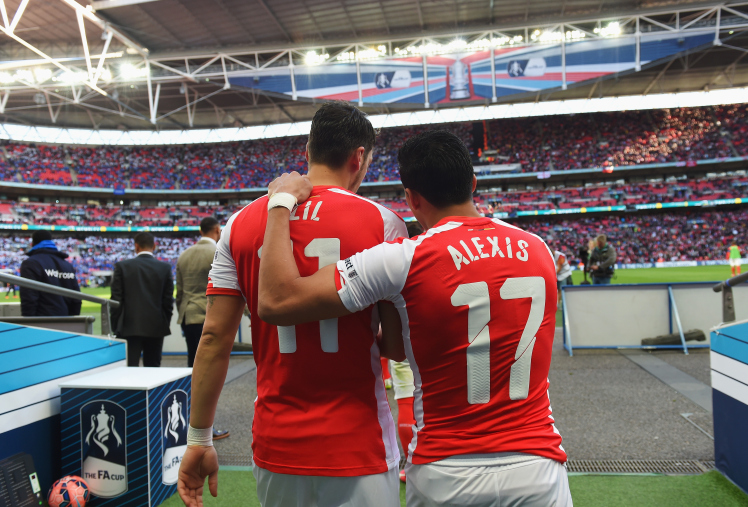 Rosicky may has seen his time at Arsenal come to an end following a heart-breaking injury setback that may have seen him play his last game as a Gunner has heaped praise on his teammates and especially the dynamic duo who he believes can be game changes given their special talents.

German midfielder Ozil is leading the league with assists this season while Chilean international Sanchez has notched up ten goals despite being out injured for two months.

‘Mesut was always a special talent and you could see that when he arrived here,’ Rosicky said.

‘He was out for some time last season so he couldn’t find his rhythm, but now, after playing since the start of the season, ¬everyone here can see [how big a talent he is].

‘Him and Alexis are the game changers. , so it’s vital for the team’s title chances that they perform well.’