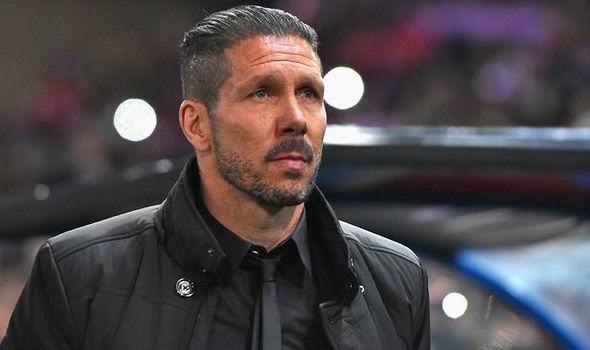 Atletico Madrid manager Diego Simeone is preparing to make a move to the English Premier League according to news coming out of Spain that claims the Argentinean trainer is taking private English lessons.

The 45-year-old trainer is along with Juventus boss Massimiliano Allegri being tipped to take over from Guus Hiddink at Chelsea, but with Louis van Gaal’s future at Manchester United uncertain, and the possibility of 66-year-old Arsenal boss Arsene Wenger hanging his boots up at the end of the season should the Gunners win the league, there could very well be several vacancies on offer.

Spanish newspaper El Confidencial claims that not only is Simeone taking lessons, but that he watches subtitled films in an effort to get a better grasp of the English language.

Currently Atletico Madrid are second in La Liga, just three points behind Barcelona and into the last-16 of the Champions League, which makes us here at Soccer Transfers believe that while the former midfield star may be learning English, it will take a massive offer from a Premier League club to have any chance of getting him to leave Spain.