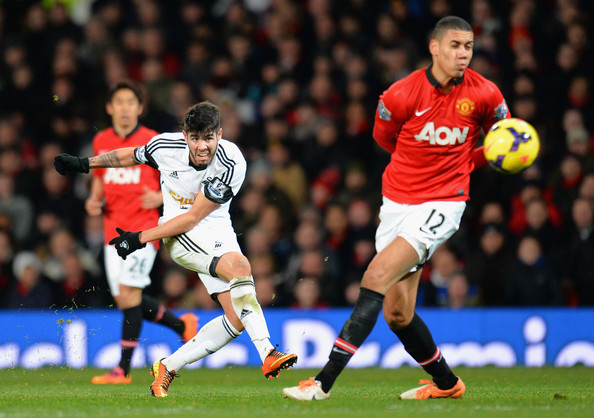 In what seems like a shock move the Daily Star is saying that Arsenal will go after United defender Chris Smalling this summer.

Arsenal manager Arsene Wenger has always liked Smalling ever since he saw him playing for Fulham and will now try to sign him for £13 million.

New Manchester United manager David Moyes is not too impressed with the 24-year-old after he was seen out partying at 3am while supposedly told to take it easy while he recovered from a thigh injury.

Moyes is expected to overhaul his team during the summer with Wenger interested in the centre-back who he knows is equally comfortable playing as a right-back.

Smalling joined United four years ago for £11 million but has failed to become a regular under then Alex Ferguson and now David Moyes making a move back to London something that would suit both Smalling and Arsenal.