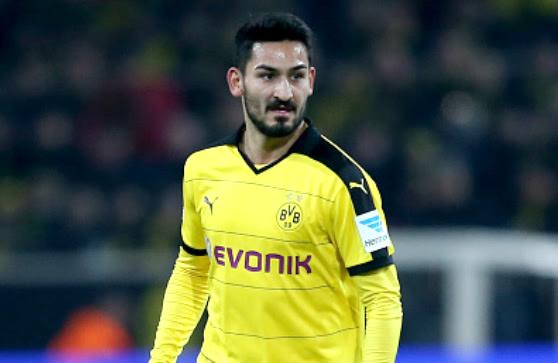 According to German daily Bild, Arsenal are busy planning a summer swoop for Borussia Dortmund midfielder Ilkay Gundogan and that Gunners boss Arsene Wenger wants to build his team around the box-to-box midfielder.

In recent days Manchester City have also been linked with a move for the 25-year-old, but he quashed those rumours telling Bild: ‘there is actually nothing to report.’

Besides the interest from England the young German may be holding out for his preferred destination Barcelona, but given their strength in his position, game time would be hard to come by at the Nou Camp, which we here at Soccer Transfers feel will sway him to move to the Premier League.

Liverpool’s owners are believed to be readying a large transfer kitty for Klopp this summer and just like Arsenal manager Arsene Wenger, Klopp may see the versatile German as the person to build his new team around.