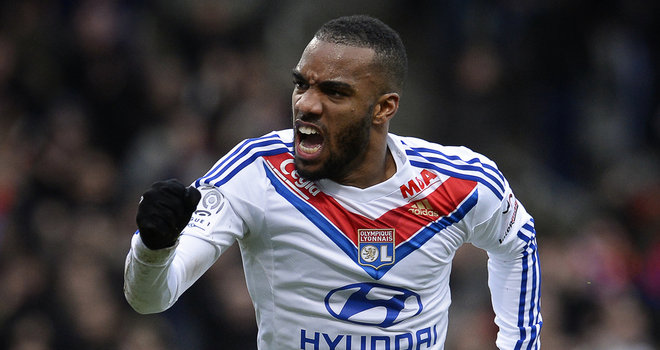 For many players in Ligue 1 Arsenal were always the club they want to join, a club that not only has a big history, but also a well-established French manager in Arsene Wenger that they can communicate with.

In recent seasons though we have seen clubs like Newcastle United turn to France for players namely because they can be bought at a reasonable price much cheaper than players already in playing in the Premiership.

Knowing that they have now qualified for the Champions League next season Liverpool knows that they must drastically increase the size of their squad if they hope to compete both in Europe and domestically, and with this in mind have also started to look to France for players.

One such player they are interested in is Lyon striker Alexandre Lacazette, who is also of interest to Arsenal after having watched the 22-year-old French/Guadeloupean score 17 goals this season.

Lacazette is under contract with Lyon until 2016, but with the French club facing financial difficulties it might be difficult for them to turn down an offer of £10 million.

While Lacazette is happy to stay with Lyon he knows that his future lies in England, and is also aware of Lyons current difficulties saying: “I also know that to achieve my ambitions the club must almost play their part.

“And I would not want to put the club in danger because of me.

“If I leave for the money it would bring in, I will do so because I love this club.

“I am under contract and if the club wants to keep me I am obliged to stay.

“After all, we need to reach a common ground. We must talk about it.”