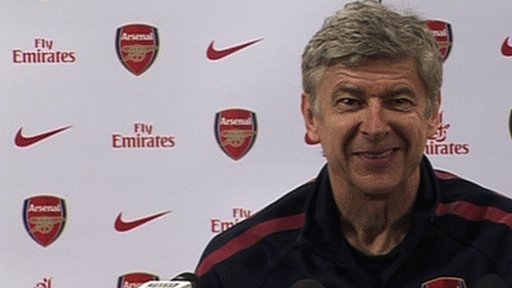 “Every game is kill or be killed. You feel much more under pressure as a manager” said the Arsenal manager ahead of Monday’s game with Newcastle.

The Gunners boss admitted that the pressure this season has left him feeling as though he has been playing “Russian roulette.”

He even went so far as to say that his remaining on the bench in recent matches was to not allow his “negativity “to impact players on the pitch.

The 64-year-old Wenger even had some sympathy for Newcastle manager Alan Pardew who will return to the touchline on Monday after having served a seven-match touchline ban for head-butting Hull midfielder David Meyler, telling the Daily Mirror: “Sometimes I try consciously to spend less time on the touchline,” he said.

“Because when you get up there, you know, you’re tense. You can have a negative influence. I try to sit down when I feel I am in a negative mood. Because then on the touchline you can become a handicap.

“I believe it is linked as well with the period of the season: It’s easier to be calm in September than in March, because every game is kill or be killed.

“This period of the season, you feel much more under pressure as a manager. In September you think, ‘Okay, we lost this game but we still have time to catch up.’ Now, one, two, three games to go, you look at the table – at the bottom, at the top – everybody feels a bit like you’re playing Russian Roulette.”

When the Emirates stadium was designed the managers areas were as far apart as possible in order to help alleviate problems between opposing managers, and while this helps to calm friction Wenger is expecting a much calmer person in Pardew on Monday unlike other times when the two teams have met.

“It’s a job where you are under huge pressure. At the Emirates we had no incidents because the distance between the two managers is big. It’s better that way – maybe for the press it’s worse!

“Sometimes you get upset because you hear what the other manager is saying and you go, ‘What is he doing? Why is he talking to the referee and the fourth official?’ At Liverpool, Chelsea, Spurs, you are very close.

“Yes (I’m expecting a calmer Pardew). He will try to control himself much more.”