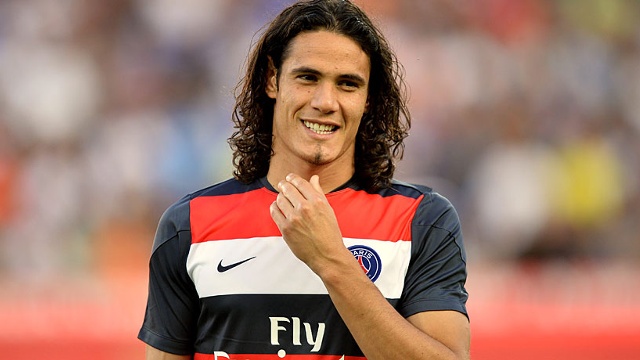 With Real Madrid striker Karim Benzema definitely not ready to leave the Spanish capital just yet, Arsenal manager Arsene Wenger has been forced to implement his plan B and go after Manchester United striker target Edinson Cavani.

According to South American football expert Tim Vickery, Wenger has now focused his attention on getting Paris Saint-Germain’s Uruguayan hit-man to move to the Emirates where he will be allowed to play in his favoured centre-forward position, a luxury he does not have in Paris while being second fiddle to Zlatan Ibrahimovic.

“The angle the Uruguayan press are going with is that now with Benzema now not going to happen, Arsenal have set their sights on Cavani,” Vickery told talkSPORT.

“He’s a box to box centre-forward, his work rate is outstanding. He is quite happy to chase well back into his own half and he really does put in a shift.

“My doubt about him – and I’ve seen a lot of him from Uruguay under-20s – is that he never quite manages to score the goals that you think he should.”

The Gunners could also face a battle with Manchester United for the former Napoli star, and with less than a week to go before the transfer window closes Cavani’s future should feature prominently in the press.