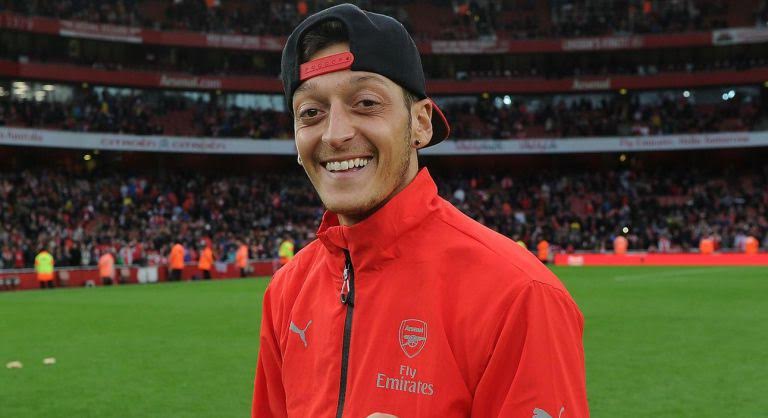 Arsenal record signing Mesut Ozil could be tempted to join his boyhood club Fenerbahce next summer according to his agent Erkut Sogut.

The Gunners midfielder is German, of Turkish decent, but grew up supporting the family team Fenerbahce, despite being born in Germany and has admitted in the past that he is a huge fan of the Istanbul club.

Arsenal signed the World Cup winner two summers ago from Real Madrid for what is still a club record £42.5 million and has never appeared likely to leave the Emirates until his agent brought up the suggestion of him joining the Turkish club if he were to leave Arsenal.

‘We will see what happens at the end of the season but if he were to leave (then) Fenerbahce would be an option,’ Sogut told newspaper Vatan, via www.turkish-football.com.

‘At the end of the day it is a huge club and I think Ozil would say yes to an offer if it came down to it but it is way too early to start talking about transfers.’