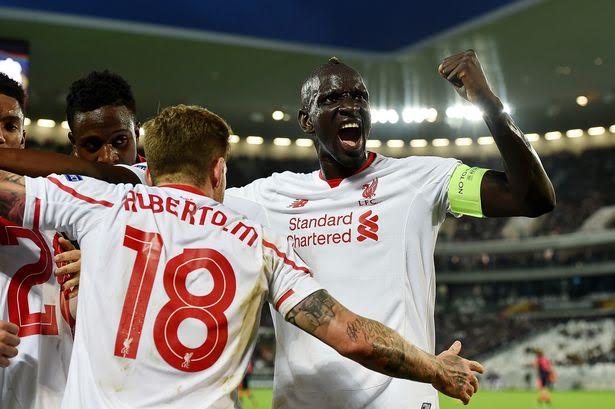 Liverpool manager Brendan Rodgers has said that he was disappointed with only coming home from France with a share of the points in last night’s Europa Cup opener at the Nouveau Stade de Bordeaux, but said he was encouraged by some of what he saw after having made eight changes to the team that had lost 3-1 at Old Trafford on Saturday.

The introduction of young Spaniard Pedro Chirivella for the injured Kolo Toure brought the clubs average age down to just 21.7 and provided a glimpse of what a future Liverpool side may look like as the young talent develops.

“I am disappointed but I feel encouraged by the performance with so many young players,” he said.

“I was disappointed their striker got too many touches in the box but if you can’t win, especially away from home in Europe, you at least get a point and we’re satisfied with that.

“I was so proud of them tonight. I will always give the young players an opportunity if they have the personality.

“The senior players were outstanding helping the younger players and we will look for more of that in the coming weeks.”

18-year-olds Chirivella and Rossiter, were excellent in midfield, something that did not go unnoticed by the manager.

“As the game wore on they combined with the other players and I thought they acquitted themselves well.

“If you take those two, Jordon Ibe who is 19, Joe Gomez who is 18, there was great encouragement for the young players and supporters.”

Adam Lallana returned to the team after a month out, and looked a bit rusty, but his brilliantly taken goal showed that he needs to be a regular in the team.

“It was an outstanding goal. It was his touch and creativity which we have not seen so much of this season.

“It was a wonderful goal and (substitute) Danny Ings was unfortunate not to score.”

Rodgers added: “Sakho was immense at the back. He knows he has had to be patient and his attitude has been first class.

“He has trained very well, kept professional, done his extra work on his fitness and he has got his rewards for that.

“He certainly comes into the reckoning for the weekend (against Norwich).”