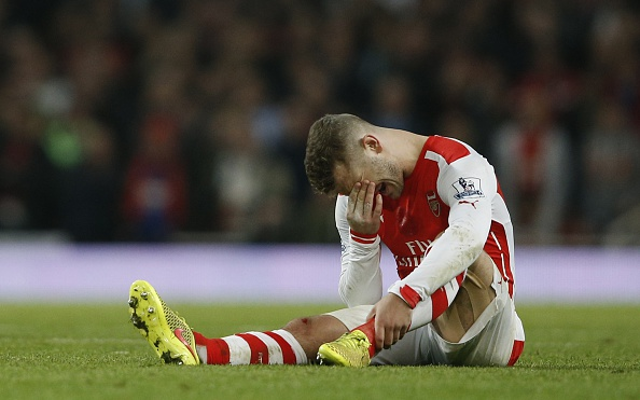 Arsenal manager Arsene Wenger has said that midfielder Jack Wilshere will need two-years before he is back to his best for the Gunners.

And that is if he can avoid any additional injuries to his ankle that have seen him side-lined for so much time this season.

Wenger also dismissed any talk about Manchester City wanting to make a bid for the England international saying: “He is an Arsenal player. I believe the success of the club in the future years will depend on how well the young players educated here will do – and he is part of that.”

Wenger went on to say how he thinks some playing time is what the youngster needs now.

“Jack needs competition. He has been out for a while and is just coming back and this week was the first week he is sharp again.

“He now needs one or two years without problems to really get the full confidence and belief back.

“I don’t see why it shouldn’t happen, but players are always ready when they come back from injury. But it takes much longer than they think to get sharp again.

“In the Premier League it is a fraction of a second that makes you efficient or not.”

Wenger refused to comment on whether or not Wilshere would feature in this month’s FA Cup final with Aston Villa at Wembley saying: “Hull are my worry at the moment, I  don’t care about the FA Cup right now.”