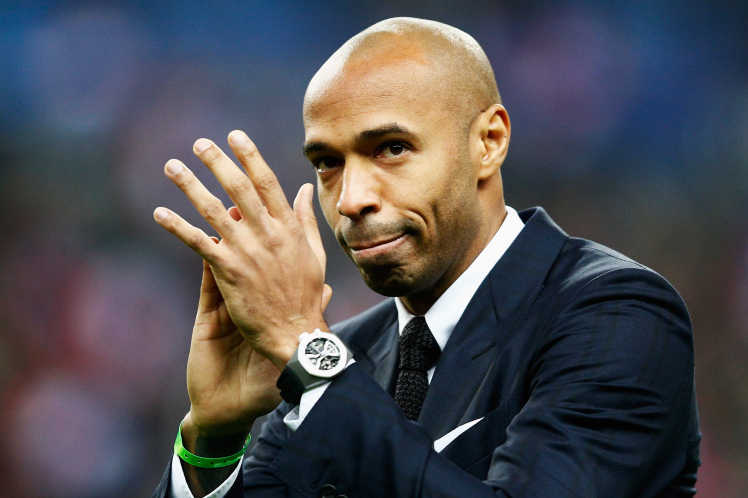 Former Arsenal striker and current Sky Sports football pundit Thierry Henry is one step closer to landing his dream job at the Emirates after having completed his Uefa A coaching licence.

What this means for the Frenchman is that he is now only one step away from being able to manage a club in the English Premier League.

The 38-year-old Gunner legend is now just one qualification away from attaining his Uefa pro licence, which will also allow him to manage in Uefa competitions.

With his current accreditations he can manager for a club that is in a league below top-flight football or within a club academy such as Arsenal.

Henry took the course under the guidance of the Football Association of Wales, and posted a photo of him being presented his new licence on his personal Instagram account.

‘Massive thanks to Osian Roberts @FAWCoachEd & Arsenal Academy for helping me pass my Uefa A Coaching Licence #proud,’ he wrote.