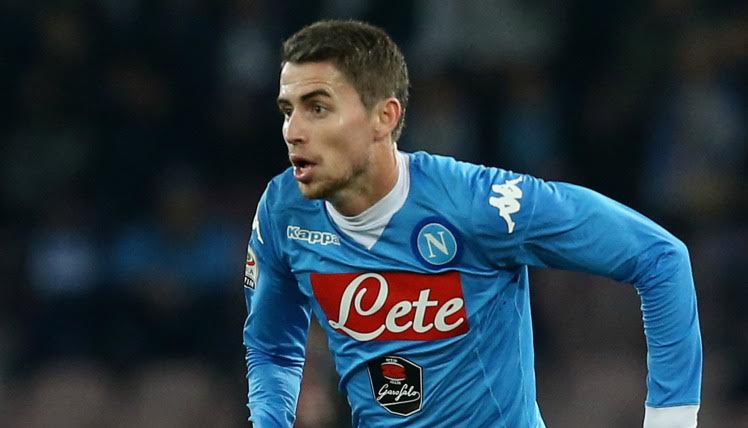 Arsenal have been contacted by the agent of Napoli midfielder Jorginho, Joao Santos to enter talks over a possible move for the 24-year-old Brazilian after having made an approach for the Serie A star in the past.

The former Verona player has been instrumental in propelling Napoli to three points with in league leaders Napoli and has almost certainly helped guarantee Champions League football at the Stadio San Paolo next season.

Joao Santos has confirmed that Arsenal have approached him in the past over his client and now says that he is in a position to open talks with the North London club.

‘It was in England that I was first asked about Jorginho but now everyone knows him and it’s obvious that a lot of teams are following him,’ Santos told Radio Crc.

‘Then if his international call-up is confirmed it would only raise his profile further.

‘Newcastle United? No, Rafael Benitez has gone there. They probably need a player like him, but we haven’t talked.

‘Real Madrid and Arsenal know Jorginho, if they came forward with an official offer we’d talk but at the moment all I can say is that Jorginho has a five-year contract with Napoli and wants to play for them in the Champions League next year.’

Jorginho also has the beauty of having Italian citizenship, which means should the Gunners be serious in signing him there will be no work permit worries to sort out.