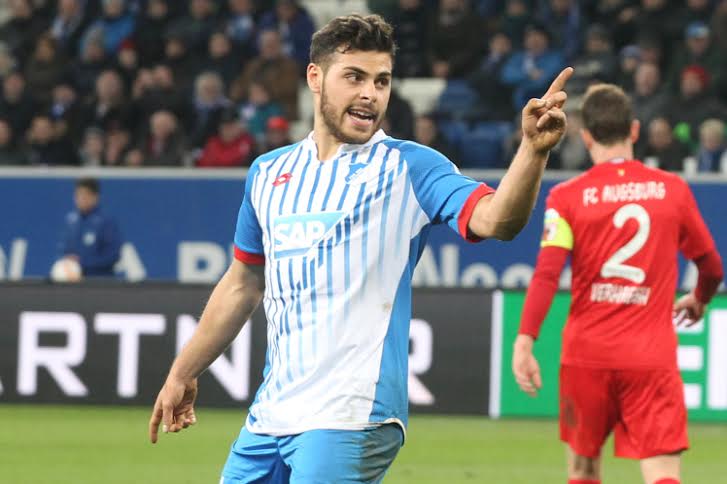 Liverpool manager Jürgen Klopp will without a doubt be singing some new players for his club this summer, but with a glut of forwards that includes Daniel Sturridge, Divock Origi, Christian Benteke, and Danny Ings it is hard to see him signing a striker unless one or two of the above is going to be sold.

The obvious choice on the list is £32.5 million signing Christian Benteke, who should, given next summer’s television money coming into play be able to be sold on for the money that Liverpool paid Aston Villa for the big Belgium.

While there is absolutely nothing wrong with Benteke, his direct style of play does not suit the type of fast pressing game that Jürgen Klopp is trying to bring to Anfield.

Klopp has long been an admirer of the 23-year-old German international, and tried to sign him for his former club Borussia Dortmund.

Volland, who plays as a winger and is sometimes used by Hoffenheim as a striker has scored 34 goals in 134 appearances for German club since making his Bundesliga debut in 2012.

The money being talked about is just £11.7million, leaving Klopp with a nice piece of change left over from the sale of Benteke.