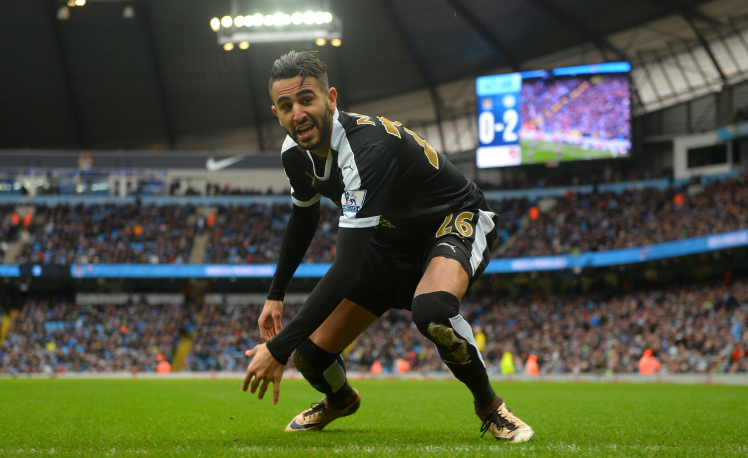 Leicester City manager Claudio Ranieri has let it be known that despite the Foxes topping the Premier League, all of his players have a priceLeicester’s surprise rise to prominence has led to the team’s star players receiving not only more television time due to the clubs success, but also the attention from other club managers all over Europe as they see what the Italian’s bargain basement players are achieving at the King Power Stadium.

One such player that has top teams watching him is Algerian international winger Riyad Mahrez and his deadly strike partner Jamie Vardy. The 25-year-old Mahrez was signed by Leicester from French Ligue 2 side Le Havre for just £400,000.

While Ranieri would like to keep hold of his top players he has told them to leave if they would prefer to be somewhere else.

‘If I was Riyad, I would say, ‘There are a lot of teams who want me. OK, I have to show more if I want to go there. I have to show my best, because if I do my best maybe they will want to buy me,’ Ranieri said.

‘We want to keep all our players. We believe in them. But if a player says, ‘Boss, I want to go there because it’s my ambition to go there’, I’ll say, ‘Go and enjoy, and good luck’. I want only players happy to stay here.

‘If Riyad plays well he continues to play. If he thinks about other teams then he comes with me on the bench.’

One of the clubs being linked with a move for Mahrez is of course Arsenal, whose supporters have taken to social media in an effort to bring the Leicester Star to the Emirates.

Whether or not Arsene Wenger will listen or not remains to be seen, but with around £200 million sitting in the clubs cash reserves fans will be insisting that the 66-year-old Frenchman signs new players this summer.

Arsenal should try to sign Riyad Mahrez in the summer