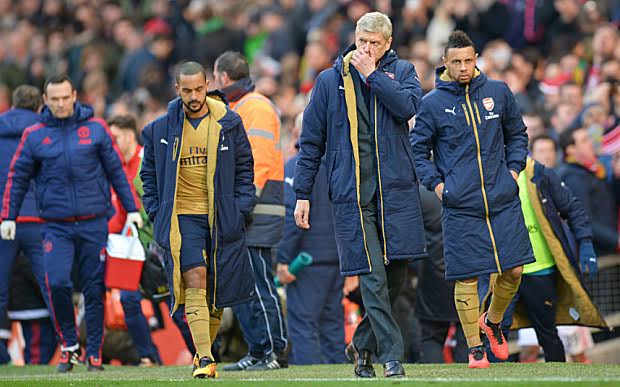 Arsenal boss Arsene Wenger will make several changes to his team next summer in what is expected to be the 66-year-old manager’s final year in charge of the North London team.

With Kieran Gibbs, Mathieu Debuchy, Mathieu Flamini, Mikel Arteta and Tomas Rosicky are all likely to leave at the end of the season, club scouts have already been told that finding central defence and central midfield will be top of their agenda.

Along with this the Gunners are thought to be interested in Leicester City left-back Ben Chilwell as a replacement for Gibbs and also the possibility of bringing a new striker on-board as well.

Arsenal will also receive an extra £40 million thanks to the new Premier League television deal, with that money being earmarked to help get Alexis Sanchez and Mesut Ozil to sign new contracts at the Emirates.

Currently the Ozil earns £140,000 per-week, while Chilean Sanchez is believed to be on £130,000 per-week according to British broadsheet the Daily Telegraph.

Decisions will also have to be made regarding the future of Alex Oxlade-Chamberlain, Aaron Ramsey, Jack Wilshere and Per Mertesacker who contracts all expire in the next couple of years.

German centre-back Per Mertesacker is only likely to be offered a one year extension on his current deal given the fact he will be 32-years-old in December, while England international Alex Oxlade-Chamberlain is being heavily linked with a move to West Ham United as their prepare to move to the Olympic Stadium.

The big question for Arsenal supporters is if Arsene Wenger will stay on for another season or not as a growing chorus of fans look for the Frenchman to step aside in favour of a younger man.