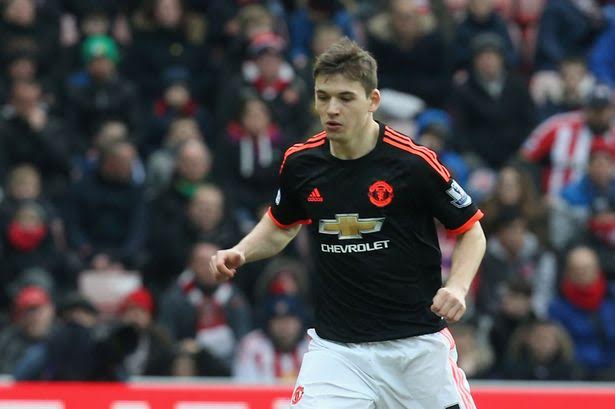 Unfortunately there is more bad news for Manchester United manager Louis van Gaal on the injury front after defender Donald Love was forced to limp off the pitch with a suspected hamstring injury during a U-21 match at Middlesbrough.

The Lancashire born right-back had to come off in the first half of United’s 2-1 win over Middlesbrough at Hartlepool’s Victoria Park taking the club injury list to 17 players.

The 21-year-old from Rochdale made his first team debut last month against Sunderland and featured in United’s 2-1 Europa League loss in Denmark to FC Midtjylland in Denmark.

Meanwhile another young United full-back who also made his debut last month, Joe Riley was taken off at half-time in the win over Boro, but was only supposed to play 45 minutes ahead of the Red devils midweek match against Watford.

Currently United are three games without loss in all competitions taking the heat off of under fire manager Louis van Gaal who is feeling the strain following so many injuries to his first-team players.

Have a look at the list below, and you will understand why so many younger players are being given a chance to impress at Old Trafford.