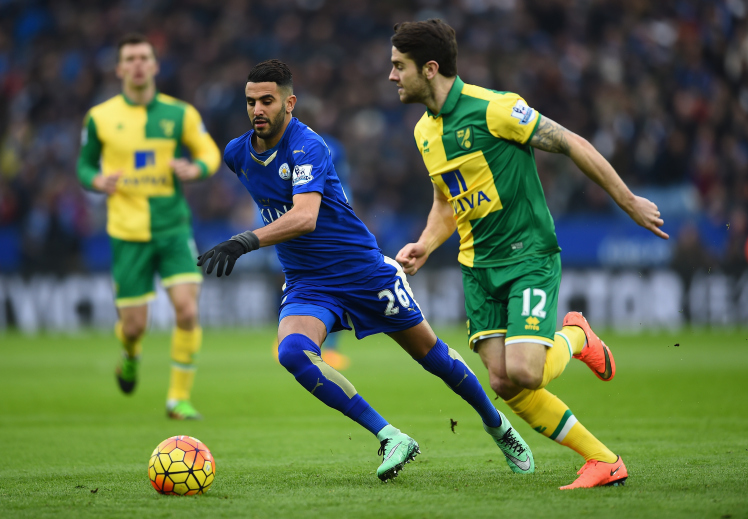 Arsenal continue to follow closely developments regarding Leicester City winger Riyad Mahrez, as the Gunners plot a summer move for the Algerian international.

Since arriving at Leicester City from French Ligue 2 side Le Havre in January of 2014 for an undisclosed fee the 25-year-old has this season taken the Premier League by storm scoring 14 goals while putting himself in contention for the PFA Player of the Year award.

According to ESPN FC Arsenal will make a move for the Foxes winger despite the possibility of having to battle Manchester United for his signature.

Meanwhile there is also interest in the powerful winger from Spain, after Leicester City manager Claudio Ranieri said he would let any player who did not want to be a part of his plans at the King Power Arena leave in the summer that also has striker Jamie Vardy a target for bigger clubs.