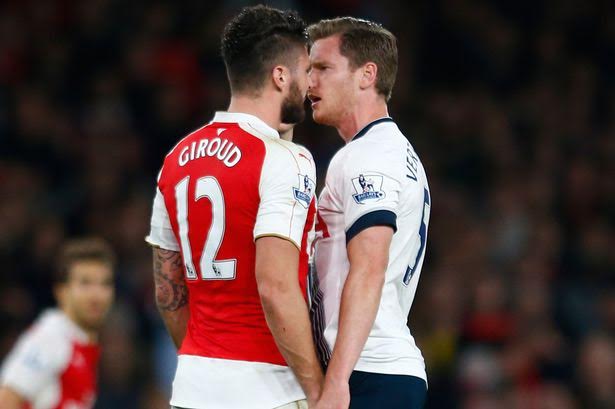 As Arsenal prepares to play their title chasing neighbours at White Hart Lane this afternoon in what is undoubtedly the most anticipated match of the season, Gunner boss Arsene Wenger wasted no time in reminding his opposite number Mauricio Pochettino that it is him Wenger who is the King of North London.

Wenger reminded the Argentinean that Tottenham have never finished above Arsenal in the league since he took over following his time at Monaco, and while he admits Spurs have made progress he says now they must face the test of just how much better a team they have become.

Despite the tough talk the Gunners boss is under pressure from the fans to get a result after having lost at home to Barcelona in the Champions League, and then suffering back-to-back losses in the Premier League.

Speaking ahead of the game Wenger said: “They (Tottenham) have made progress, yes. Now this is crunch time in the last ten games and we will see. That’s why maybe everybody has a big interest in the game tomorrow.

“We have been remarkably consistent over the years and that is the only explanation (as to why Arsenal have always finished above Spurs during his reign). We want to do that again, and this game is of big importance because of that.

“We have a competitive rivalry but a fair one and that is what you want. In sport you always have rivals and derbies and course we have a rivalry.

“There have always been good games in the last 19-20 years and they always had good teams, Spurs.

“Every year before the season there is a lot of speculation they have moved forward this season. But look at the number of points for the teams.”