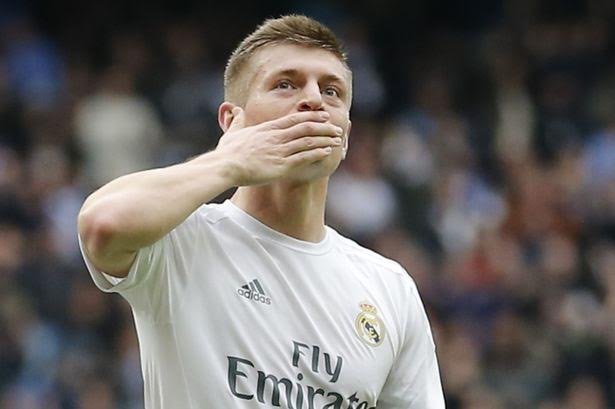 With any hope of United finishing in the top-four hanging by a thread and the clubs best chance of getting into next season’s Champions League dependent on them winning the Europa League it would appear as the club is already preparing for next seasons campaign by getting all their transfer targets lined-up before the window opens.

One name being linked again with a move to Old Trafford is a familiar one, as he was the subject of interest from short term Red Devils manager David Moyes, but when the Scot was sacked new manager Louis van Gaal decided to shift his focus away from the then Bayern Munich star.

Now however with van Gaal almost a certainty to leave in the summer Kroos is once more popping up as a person of interest.

We are of course talking about German World Cup winning midfielder Toni Kroos who ultimately decided to sign for Real Madrid rather than Manchester United.

Kroos is not happy with his current situation in Spain, and with Real Madrid trainer Zinedine Zidane planning a major summer overhaul, the 26-year-old could be one of several players who will be allowed to leave.

Here at Soccer Transfer we think Kroos has suffered from being in a team that contains so many big name players, and feel that a move to Old Trafford would be just what the doctor ordered and that he would be back to his world-class best in no time at all.