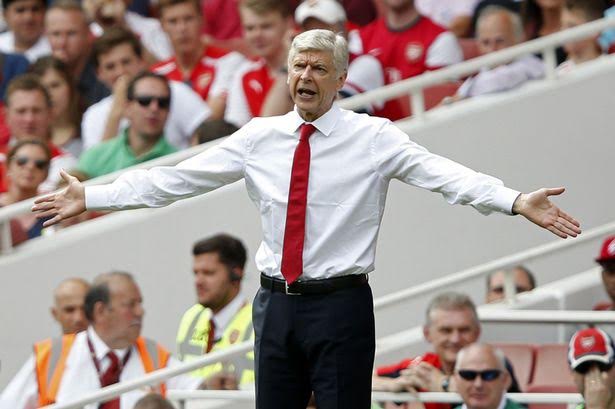 Arsenal manager has put down yesterday’s 2-0 loss at home to West Ham as being due to nerves on the part of his players, saying that too much was expected of them after all the reports that they could possible win this seasons Premier League title.

West Ham arrived at the Emirates fresh from being knocked out of the Europa League qualifiers, and stunned Arsenal with goals from Cheikhou Kouyate and Mauro Zarate to give new manager Slaven Bilic’s team a shock win.

“I felt we were a bit nervous and wanted to be too quick going forward in the first half. I don’t think we were too confident,” said Wenger.

“I think West Ham is a bit more advanced in preparation than us and have played many competitive games in the Europa League.

“I knew before the game that it would be a tricky game on that front and a big part was not to concede.”

Sorry Mr Wenger but that is a piss poor excuse from a team that just beat Chelsea a week earlier at Wembley, with your dropping of Hector Bellerin and Theo Walcott perhaps a better reason for the Gunners poor performance.