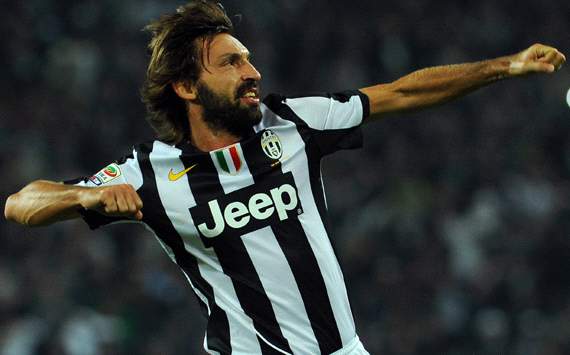 Italian legend Andrea Pirlo has said he does not think his Juventus teammate would consider going back to Old Trafford as he was treated poorly before leaving Manchester United in 2012.

“All the interest in Pogba is of no surprise,” he told the Daily Mail.

“When you put in great performances you get attention from the top clubs in Europe, it has always been that way.

“He seems very happy at Juventus, I know he is focused on finishing the season with a lot of success. Whatever the future is for him I don’t see it being Manchester United.

“He didn’t feel he was treated well there. I know that was under Sir Alex Ferguson, and now there is a new coach, but I do not seeing him returning to a club where he was not treated well.”

The 22-year-old French international scored his team’s only goal at the weekend in the 1-1 with Cagliari, and could be used Wednesday night in Turin when Juventus take on Real Madrid for a place in the Champions League final.

Pirlo insists the team is full of confidence going into the match with a one-goal lead from the first leg, and admits he is desperate to play in the final in Berlin.

“It is such a big game against Real Madrid. We know we are now good enough to be winning European Cups again, the quality and maturity is there.

“The reality is that it is half time and both teams will still feel they can rightly win the game. It is going to take a big performance from us, but there is real belief that we can do it.

“To win the Champions League with Juventus would be a dream, and to do it in Berlin where I have won the World Cup would be so special.

“For now that is all I am focused on, I can consider my future in the summer, for now it must be business as usual.”