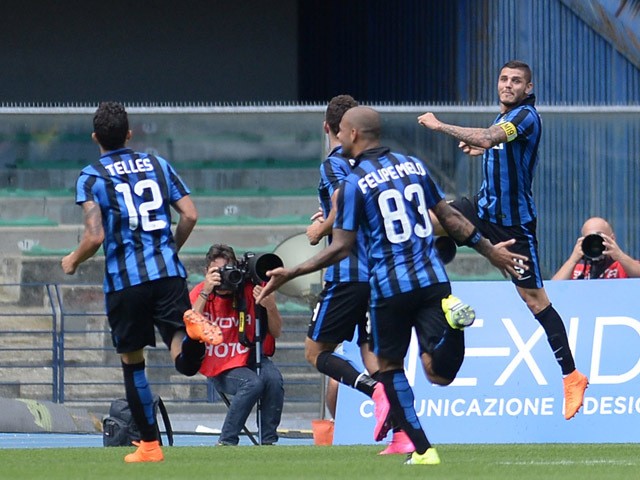 And according to Daily Mirror’s highly rated and very reliable journalist John Cross, Arsenal have been monitoring the progress of Inter Milan and Argentina striker Mauro Icardi. The South American had recently hinted he could leave Inter Milan this summer in search of Champions League football and this could work perfectly in Arsenal’s favour.

The Argentine who was linked with a move to Arsenal last summer but chose to stay at Inter Milan for another year could well be on his way to England with Manchester United also linked with his signing. The Red devils were particularly thought to be the forerunners for his signature but it appears Arsenal is ready to give it what it takes to ensure they win the race for the South American.

Arsenal manager Arsene Wenger is said to be ready to pay as much as £25 million to sign the Argentine who has despite having a poor season scored 15 goals in the Serie A.

He is certainly not a world class striker, he doesn’t belong in the same class as Lewandowski, Suarez, Aguero or Aubameyang but with the serie A so defensive, scoring 15 goals in a season is surely an impressive record. And if he joins Arsenal, he will have the likes of Ozil, Iwobi, Sanchez, Cazorla, Wilshere and co to supply him as many goal scoring records as possible.

With Ozil alone creating 141 goal scoring ( more than 3 times the highest chance creator at Inter Milan ) Icardi will surely score lots of goals for the Gunners.