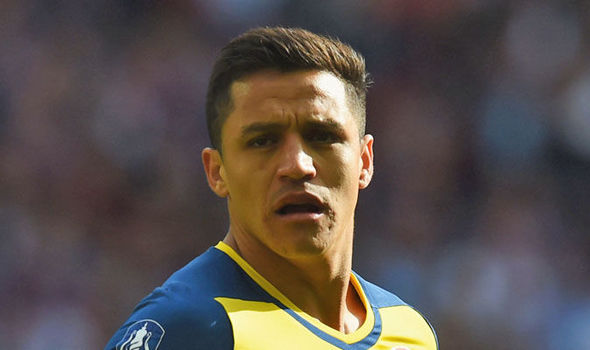 Arsenal boss Arsene Wenger has admitted that the Gunners could be without star forward Chilean international Alexis Sanchez when they take on West Ham at the Emirates on Sunday.

Wenger told Arsenal.com: “Alexis is back in training but I don’t think he will be involved on Sunday, it is a bit early maybe.

“We have to decide that at the end of the week, but I don’t think he will be involved.”

Sanchez also missed the Gunners pre-season tour of Singapore after being given extra time off following Chile’s Copa America win, with Wenger insisting that the 26-year-old will come back stronger than ever after having been photographed training on a beach.

“Alex without running around is not Alex, you know,” said Wenger. “You can’t imagine him lying on the beach somewhere and not moving!”

“He came back in good fitness shape so that is quite positive, but I am not surprised by that because I can’t imagine him lying around for four weeks and doing nothing. That wouldn’t be him.”

There is however good news regarding Tomas Rosicky and Danny Welbeck who are both firmly on the road to recovery.

“[Welbeck] is not too far away, but he is not ready for Sunday.”