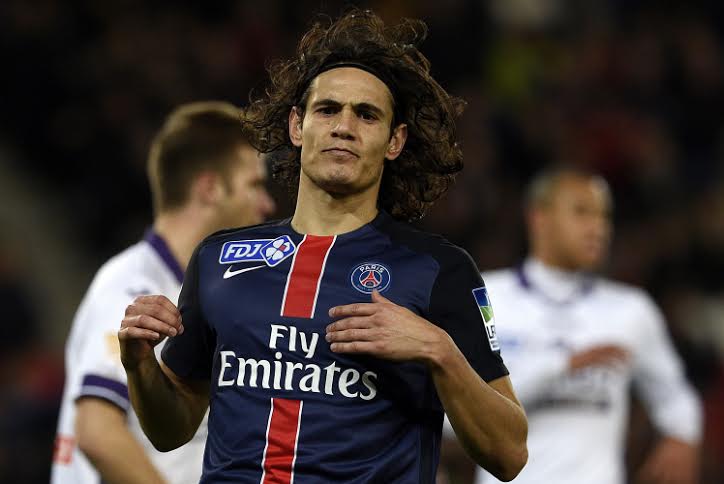 According to the latest news this morning, Arsenal have been approached by the representatives of Paris Saint-Germain striker Edinson Cavani.

The Uruguayan hit man has long been linked with a move to North London, with it being well-known that he does not like having to play out for position for the French Champions so that they can appease the clubs other big star, Zlatan Ibrahimovic.

ESPN FC says the Gunners, as well as Premier League rivals Manchester United, have been contacted by the 28-year-olds representatives who want to discuss a possible move to England.

An Old Trafford insider told ESPN FC: ‘We’re well aware he is being hawked around everywhere.’

Judging by this latest news we must also assume that Chelsea and Manchester City have also been contacted regarding a move for Cavani.

While just about any club would love to have Cavani leading their attack, it is not all about the transfer fee involved in signing him, but the £300,000 per-week he expects to receive in wages.