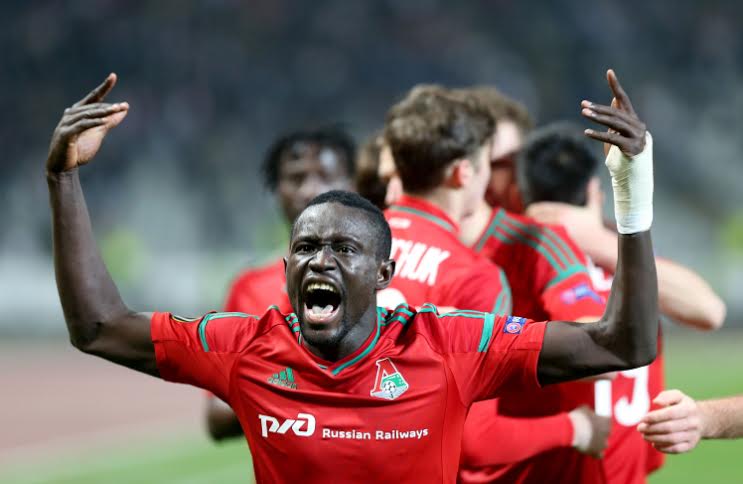 Manchester United striker target, Lokomotiv Moscow forward, Oumar Niasse has reportedly been seen at Goodison Park prior to having a medical that will see him sign for the Toffee’s for £13.5 million.

The 25-year-old Senegalese international had appeared to be heading towards Old Trafford, but is now set to complete a deal on Merseyside according to the Guardian.

The versatile forward has scored 12 goals so far this season in Russia and by joining Everton now could free up Romelu Lukaku to make a big money move after the banner season he is having for Roberto Martinez’s team.