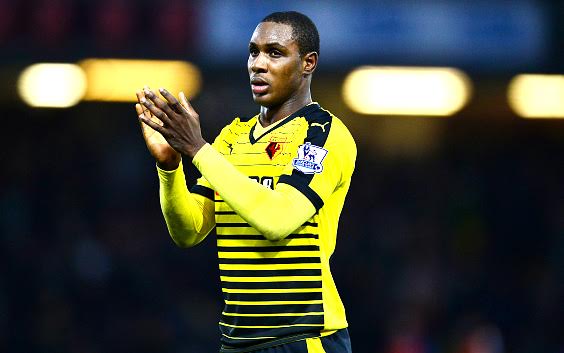 According to reports this morning, Manchester United is in talks with Watford to sign their deadly striker Odion Ighalo before the transfer window shuts later today.

So far this month Manchester United have not signed a single player, but are all set to make a splash in the market today, with Metro quoting the Bleacher Report that claims the Red Devils are in talks with Watford for the Nigerian international.

Watford will however be looking to keep hold of Ighalo, after having seen him score 14 goals in 23 games so far this season, so it will be up to United to make them an offer they cannot refuse.