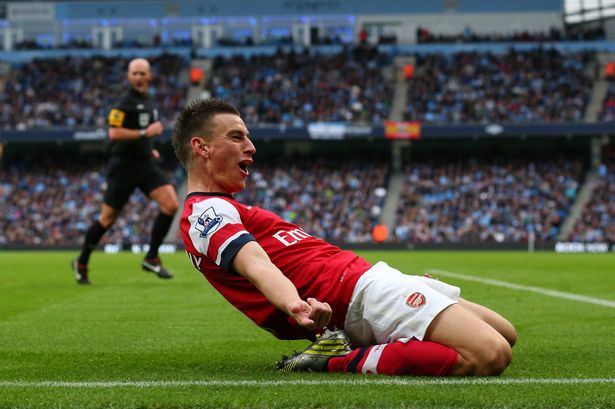 Arsenal defender Laurent Koscielny has promised to give Arsenal an answer regarding his future before the World Cup as interest mounts from French champions Paris Saint-Germain.

The centre-backs agent Stephane Courbis flew in from France on Thursday to meet with Arsene Wenger, and following the talks the Daily Mirror is reporting that Arsenal can convince him to stay at the Emirates.

The 28-year-old currently has three years left on his contract, but with the form he has displayed this season PSG and Bayern Munich have both been showing interest.

Despite the attention the feeling is he will remain at Arsenal.

Courbis is also the agent for Toulouse full-back Serge Aurier, a defender the Gunners have been looking at as a possible replacement for 31-year-old Bacary Sagna should the French international not sign the new contract Arsenal has offered him.

Aurier could even be his real reason that Courbis was in London, and the £15 million Ivory Coast international who has been described as the Dani Alves of the French league has done little to dampen the speculation of a move saying: “You can’t refuse an offer from Arsenal – it would be a dream.”