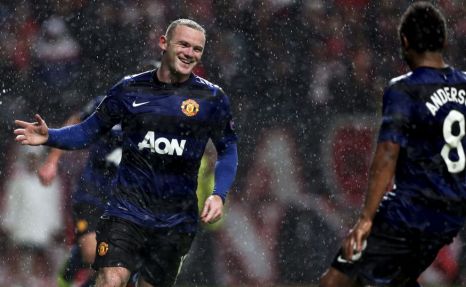 Swedish legend Ibrahimovic said: “If he wants to be part of the best project in football then there is only one club to sign for.

“Only he knows the decision he is going to make in the summer but the project we are trying to build here is clear.

“We are not content with being the dominant force in France, we want to be the top club in Europe as well.

“I can understand why the owners are interested in Rooney — he is in the top 10 of strikers in Europe.”

Qatari-owned PSG are one of the few clubs who could match Rooney’s £200,000-a-week salary.

The club’s president Nasser Al-Khelaifi insists they have not yet made an approach for the 27-year-old, who has two years to run on his United deal.

But he admitted: “Rooney’s a great player, one of the best strikers in the world. Everybody would like to have him.”

United boss Alex Ferguson insists the player will not be sold this summer.

But Rooney has slipped behind Robin van Persie in the pecking order and was left out of last month’s Champions League clash with Real Madrid.