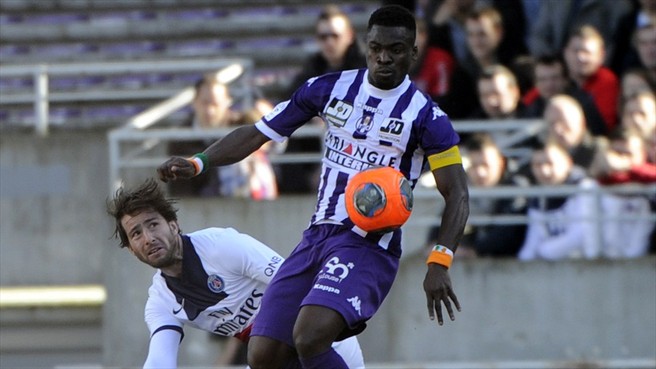 As Bacary Sagna packs his bags and heads off to Manchester, Arsenal manager Arsene Wenger is wasting no time in finding a replacement for the 31-year-old French international with Toulouse’s Serge Aurier the leading candidate according to the Sunday Express.

The 21-year-old Ivorian international will be in Brazil for the World Cup playing alongside Yaya Toure and Didier Drogba, and is thought to be interested in a move to Arsenal for as little as £7 million.

Aurier’s ability to play anywhere along the backline is what has drawn him to Wenger with the 64-year-old keen to sign him as soon as possible after seeing his attacking style of play result in six goals and six assists for the Ligue 1 team of the year Toulouse.