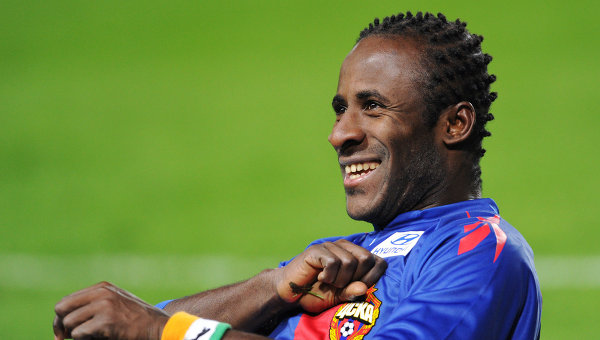 It would appear as if Tottenham are now the favourites to sign CSKA Moscow striker Seydou Doumbia, according to the Daily Mail.

Reports coming out of Russia suggest that his agent will visit London next week to talk with Spurs representatives as they try to find a replacement for Jermain Defoe who left to join MLS side Toronto FC.

Meanwhile both Chelsea and Arsenal have been showing interest in last season’s Russian Golden Boot winner who despite injuries has still managed to find the back of the net 16 times in 18 appearances for CSKA.

The Blues are thought to be ready to offload all three of their strikers this summer with Doumbia just one of the striker they are hoping to bring to Stamford Bridge.

Arsenal meanwhile need to find a player that will be combatable with Oliver Giroud and while considering Mario Mandzukic and Josip Drmic as possible options have not given up hope of signing the Ivorian international either.

Tottenham has seen their season go from bad to worse with Emmanuel Adebayor’s brilliance not being enough to hide summer signing Roberto Soldado’s failure to score the kind of goals he did for former club Valencia.

Whichever club decides to sign the 26-year-old needs to do it before the World Cup kicks off on June 12th,  but with CSKA Moscow valuing the striker at anywhere from £15 to £30 million trying to negotiate a deal could prove to be tough even for a skilled deal maker like Daniel Levy.