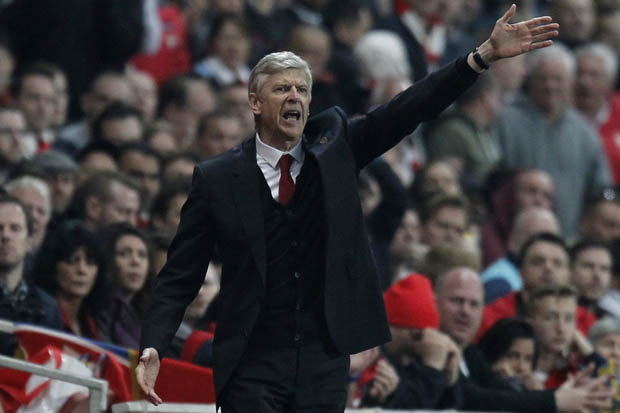 After watching the Gunners performance over a team that supposedly is not good enough to play in the Premiership the Gunners had to rely on penalties to get to the final.

And while Arsenal stands just one victory away from winning their first piece of silverware in nine-years the gap between themselves and the Premier League elite is growing all the time.

When it comes to loyalty it is certainly easy to back manager Arsene Wenger as if nothing else he has certainly been loyal to those who have paid his wages, and I have to believe that he truly does want the team to win.

On the other hand I cannot help wonder how good a club like Arsenal could be if say a younger manager like Roberto Martinez came in and was allowed to use his tactical genius in the way in which he did to exploit the Gunners weakness during Everton’s decisive 3-0 win at Goodison Park.

Or what about Jürgen Klopp coming to the Emirates?

After the wonderful job of building a Bundesliga winning team at Borussia Dortmund he now has to watch as his star players get poached away by the richer Bayern Munich.

His passion and aggression in the game would be a welcome change for Gooners fed up with Wenger’s excuses and philosophical comments.

I have to be honest here and say that the thought of either of the above named managers coming to the Emirates would excite me as an Arsenal fan yet the question remains as to how much freedom they would be given when it comes to spending money on players?

If the status quo remains the same and Wenger signs a new two-year contract do you really believe he will go out and spend the money he needs in order for Arsenal to compete with the likes of Manchester City and Chelsea?

Just looking at the team Arsenal has right now with a lamppost up front in the form of Olivier Giroud and a Mikel Arteta that super fan Bully calls a man auditioning for a dancing competition, some new faces need to come into the club, and not just young players that can be found in France and bought on the cheap, but players that can make a difference immediately.

This summer you will see two clubs make huge changes with Chelsea off-loading all three of their current strikers and Manchester United possibly getting rid of at least eight players as for Arsenal I can only imagine should Wenger still be in charge a top striker if he can find one for the price he wants to pay and a defender to replace Thomas Vermaelen and another for Bacary Sagna should he decline a new contract which looks likely at the moment.

I almost feel bad writing this knowing that we have a great chance of winning a major trophy, yet in the back of my mind I know that it is only a temporary fix and not the long term solution that is needed by Arsenal if they hope to compete not only with the top clubs in England but in Europe as well.

In case no one noticed caught up in the hype of a Wembley dream Everton went about their business yesterday quietly slipping into fourth place two points clear of Arsenal having played exactly the same amount of games by beating Sunderland 0-1 away for their seventh straight win.

As for me I would like to see Arsenal win the FA Cup and for Arsene Wenger to leave on a high note, and not two more years of what we have at the present, and while people will point at David Moyes and Manchester United saying it is better the devil you know, why put off the inevitable for two more years.

What do you think is it in Wenger we trust, or time for a change? We would love to hear your comments.